Using this system, we can:

Attendees should expect to learn:

Jim Birch - @thejimbirch
After working for a decade and a half in various eCommerce CMS', I made the leap to primarily Drupal development when I became the Strategist at Xeno Media, Inc in 2012. I have been learning from the Drupal community and a multitude of clients ever since.  I have presented at Twin Cities Drupal Camp, and DrupalCorn. 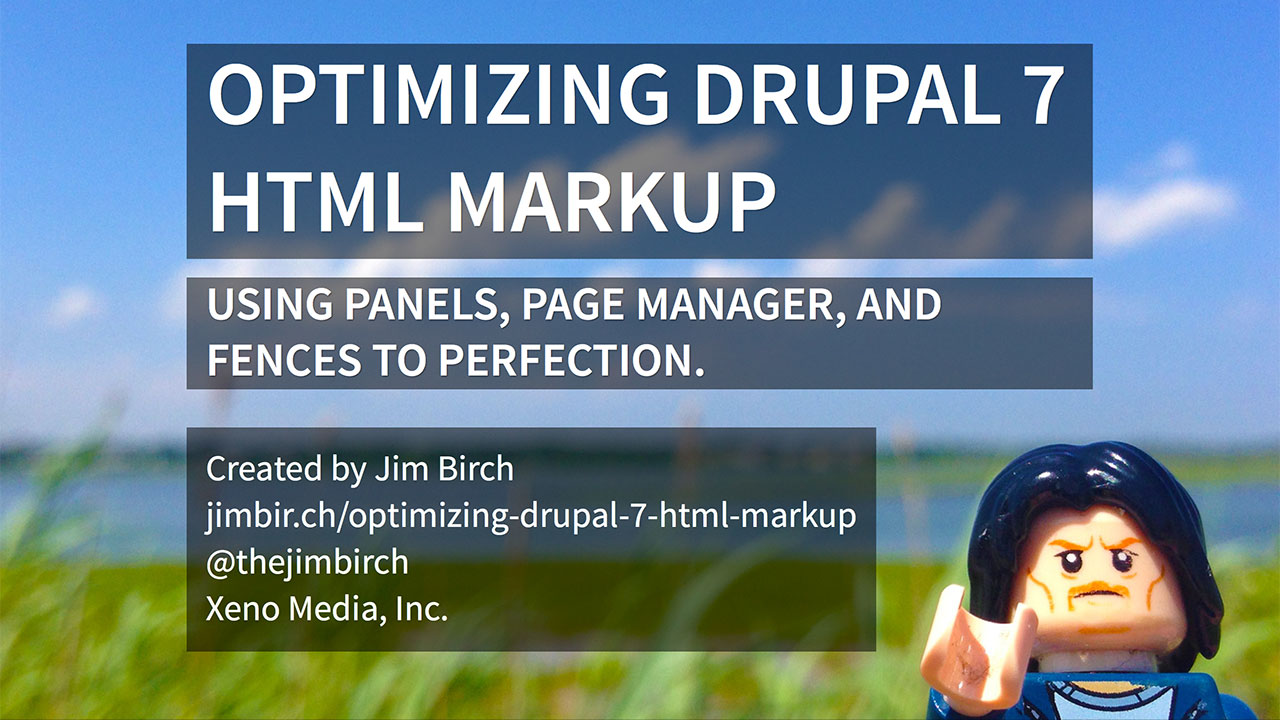